According to the Instagram Business Blog, they will be opening up their mobile advertising platform to businesses of all sizes globally from the 30th September 2015. This is HUGE considering that Instagram as of this morning is the 13th most popular website in Kenya, just behind Twitter. 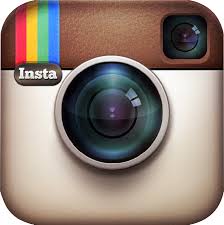 On a global level, Instagram currently has approximately 300 million users making it one of the largest social media platforms in the world. At the same time, at least in Kenya, I suspect that Instagram as a mobile app may actually have more users than even Twitter given how many people seem to be on it? Considering that its a photo sharing social media, its a relatively simple use case in an increasingly narcissistic Kenya.

What I know for a fact that its growing like a weed and many ‘millenials’ favour it over Facebook and Twitter in Kenya. Indeed, Instagram is representative of a ‘minimalist’ social media trend where less is more and users want a simple experience that ‘tells the story’ visually and to the point.

It augers well for Facebook that they purchased Instagram when they did since they can now finally monetize its full potential in terms of mobile ad spend from the biggest and smallest brands on the planet, including Kenya’s. If nothing else, the full scale of Facebook as a digital advertising behemoth is making its presence fully felt!