Finally, it’s done! Eliud Kipchoge did it. He broke the 2-hour marathon barrier this morning in the INEOS 1:59 Challenge in Vienna, Austria. In doing so, he redefined the boundaries of what a human being can do by running a full marathon distance in a record-breaking time of 1:59:40. Kenyans and the world lost their collective minds (as did I) as we witnessed what had been previously considered impossible to do.

However, there is more to Eliud’s humanity-scale achievement which is a really big deal, on so many levels. Eliud also managed to break the Internet in Kenya on a number of levels. I am still pulling in data and insights from a number of Internet platforms as the dust settles but can draw some fairly accurate conclusions even if some of the numbers are still a work-in-progress. So, here we go:

As of yesterday, Safaricom sent a text to most if not all of their subscribers to let them know that if they keyed in *159# on their phones they would be entitled to a FREE 1.59GB YouTube data bundle to live stream the INEOS 159 Challenge as it happened today morning. As far as I know, this may be the first and only time that Safaricom has given a free data bundle to its entire subscriber base to consume YouTube content.

Since the best things in life are free, the majority of Kenyans did exactly what Safaricom expected – they signed up for the 159 data bundle offer and proceeded to break the Safaricom Internet (no kidding). Indeed, as the INEOS 159 Challenge got underway, and hundreds (of thousands?) of Kenyans logged on to YouTube with their free Safaricom data bundles, the live streaming became erratic on East Africa’s fastest 4G data network and ground to a shuddering stop at times. UPDATE: Safaricom confirms over 3M of their subscribers downloaded the 159 YouTube data bundle. Mind. Blown!

What we learned today is that if the video content is compelling enough and there is minimal friction to get it online in the form of free or nearly free high-speed Internet access, Kenyans will gladly stream live content on a massive scale, or ‘Eliud-level’ scale. Kudos to Safaricom and Google for making this happen as this could set a major precedent for new models subsidized digital video content consumption via the Internet in Kenya for the masses.

YouTube is massive in Kenya as millions of users go there on a monthly basis. In a country where Internet access is still quite expensive for the majority of the population, it’s remarkable how much is consumed on YouTube to the extent that it’s even bigger than the largest television broadcasters in the country.

Therefore, In yet another instance of Eliud breaking records today, YouTube live-streaming was yet another casualty, in a positive sense. During the actual live stream, I managed to get a screengrab showing that over 750,000 concurrent viewers watched Eliud break the 2-hour marathon mark – many of whom I’m certain were Kenyans on their free YouTube data bundles from Safaricom.

I also checked the recording of the YouTube video and it showed (at the time) that there had been over 3.16 million views of the same. I’m not aware of a YouTube video gaining that number of views in Kenya in less than 24 hours showng that Eliud’s INEOS 1:59 Challenge was immensely popular, not just in Kenya, but also across the globe.

During Eliud’s INEOS 1:59 Challenge, It was interesting to note was how many related hashtags and trending topics linked to the same ‘trended’ in Kenya today. At one point, the top 5 trending topics in Kenya all had a direct connection to the same at different times of the day, and even as of this writing. Here are most of them:

Finally, one of the biggest things to come out of Eliud’s INEOS 1:59 Challenge build-up and success is that it went viral on a global basis. This meant that individuals, as well as organizations on traditional and digital media, created, co-created and shared content in build-up to, during, and after the challenge.

The massive number of branded media impressions created for INEOS, Safaricom, YouTube, General Motors, Nike, Guinness and even Kenya as a country has been enormous! During the next few weeks, we will see how many more local and international brands choose to be a part of Eliud’s achievement and use compelling content that is also contextually relevant.

In many ways, probably the last time we saw something like this happen was RedBull Stratos in 2012 when skydiver Felix Baumgartner flew approximately 39 kilometers into the stratosphere in a helium balloon before free falling in a pressure suit and then parachuting to Earth. What Eliud has accomplished is no less impressive in its significance as the first human being to do so. 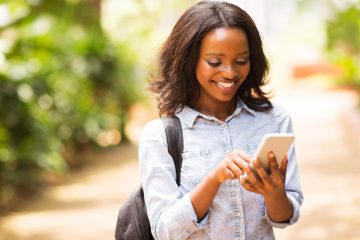