In July 2019, the Betting Control and Licensing Board (BCLB) took the unprecedented step of suspending the licenses of 27 sports betting companies operating in Kenya for being non-compliant with their tax payments to the Kenya Revenue Authority (KRA). The BCLB also directed Safaricom, Telkom and Airtel to disable their PayBill numbers too, cutting off their ability to receive payments from customers to place bets.

During the last couple of months, a number of the sports betting companies came back online and had their services fully restored. However, the biggest causalities of Kenya’s sports betting armageddon (something I made up) have been SportPesa and Betin – previously the largest sports betting companies in Kenya who also schokingly announced last week that they had ceased operations and terminated most of their employees.

In a nutshell, Kenya’s sports betting armageddon has resulted in a seismic shift in terms of who rules the roost, at least in terms of the traffic they are getting on their websites. Indeed, SportPesa and Betin enjoyed massive website traffic on both mobile and desktop platforms and consistently ranked in the top 10 most popular websites in the country. Naturally, given the events of the past couple of months, the ranking order has been upended.

The biggest winners from Kenya’s sports betting armageddon are undoubtedly Betika, Odibets, MozzartBet Kenya and Kwikbet Kenya who have grown massively in terms of audiences and traffic during the last couple of months.

The obvious reason is that all of them had significant brand awareness behind the likes of SportPesa and Betin, prior to the BCLB shutdown. This meant that they instantly became the default (known?) alternatives for Kenya’s army of sports betting aficionados that number many millions. Here’s how the picture looks:

Betika was no slouch when it came to website traffic before Kenya’s sports betting armageddon. Indeed, they are said to have had a solid third position behind SportPesa and Betin as far as revenues are concerned and their brand ambassador sponsorship of Brazilian football legend Ronandhino last year proved that they had the megabucks to back it up!

In June 2019, according to SimilarWeb, Betika had 4.7 million users which is substantial, whichever way you look at it. However, as of August 2019, Betika had grown to 18 million users, or by over 300%. These are some serious numbers making them the largest overall sports betting website in Kenya. Clearly, Betika has done an ‘elastico’ just like their brand ambassador Ronaldhino to score a massive sports betting goal!

Another factor that could be at play is that Odibets seems to have also increased their digital advertising concurrently as seen by their many ads encountered online recently. Whatever the case, this makes Odibets one of the biggest website traffic winners since Kenya’s sports betting armageddon.

Mozzartbet Kenya has been operational for the last couple of years and ever since Kenya’s sports betting armageddon they have been increasing their media presence significantly to take advantage of the fall of their major competitors like SportPesa and Betin.

According to SimilarWeb, MozzartBet Kenya had modest website traffic numbers, to begin with, at only 220,000 users in June 2019. These numbers have grown sharply as of August 2019 to 1.05 million, or by over 450%. These are impressive gains made by one of Kenya’s smaller sports betting companies within such a short period of time.

Kwikbet Kenya is one of the smallest sports betting companies in Kenya in terms of website traffic given that they had a paltry 15,000 users in June 2019 accordingly to SimilarWeb. However, as of August 2019, this number grew to 85,000 or by over 500%. If they continue making such gains in the coming months they will start to catch up with the likes of MozzartBet Kenya in no time.

The biggest losers from Kenya sports betting armageddon given how dominant they were before the BCLB shutdown are SportPesa, Betin, Betpawa Kenya, 1XBet Kenya and Betway Kenya as seen below:

SportPesa had been the dominant sports betting business in Kenya up until the BCLB shutdown. Until then, they seemed impregnable given that they had expanded their business to global markets and sponsored premier league and formula one teams. They had an aura of invincibility and all seemed possible until the BCLB blocked their PayBill number. Big things have small beginnings.

Betin had always been a close second to SportPesa and may have even done more revenues than them by the time the BCLB shutdown happened a couple of months ago. They invested massively in all kinds of media and brand ambassadors, meaning that it was hard to miss them anywhere you went in Kenya, online or offline. Indeed, such was the financial and branding strength of Betin.

In June 2019, as per SimilarWeb insights, Betin had 9.5 million users meaning that they had around 1 million fewer users than SportPesa’s website at the time. However, as of August 2019, Betin had only 230,000 users or a massive drop of around 4,000%. The Betin website is not reachable as of this writing meaning it may have been pulled down at some point leading to the massive drop in user traffic.

Betway Kenya is one of Kenya’s oldest sports betting businesses, having entered the market several years ago. As part of a globally recognized and trusted sports betting brand, it initially gained massive market share and went head-to-head with SportPesa in the early years. However, over time, they seemed to fall further and further behind as Betin and Betika gained massive traction and grew their respective market shares.

In the context of Kenya’s sports betting armageddon, Betway Kenya had 1.8 million users in June 2019 according to SimilarWeb. That number dropped gradually and as of August 2019, they had 300,000 users or basically 600% less! Clearly, there could be a bigger trend at work since at a time that Betway should have been gaining more users they seemed to lose even more of them.

Betpawa is also one of the older sports betting businesses in Kenya and has had a decent run at various times in its history. Indeed, back in March 2019 and according to SimilarWeb, they had 21.2 million users which just seems ridiculously large and I highly question the accuracy of the data (unless it was due to massive spending on digital advertising to drive traffic?)

That being said, as of June 2019, they had a respectable 8.85 million users which then dropped significantly to only 220,000 users. I just tried to access their website and like SportPesa and Betin it seems to be offline which could be the major factor behind the traffic drop.

The sports betting armageddon has not been kind to them as far as website traffic. Indeed, according to SimilarWeb, as of June 2019, they had 3 million users that actually rose to 4 million users in July 2019 and then collapsed to 440,000 users as of August 2019. Once again, it seems that their website is offline as is the case for SportPesa, Betin, and Betpawa Kenya. 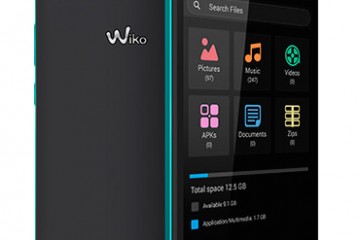