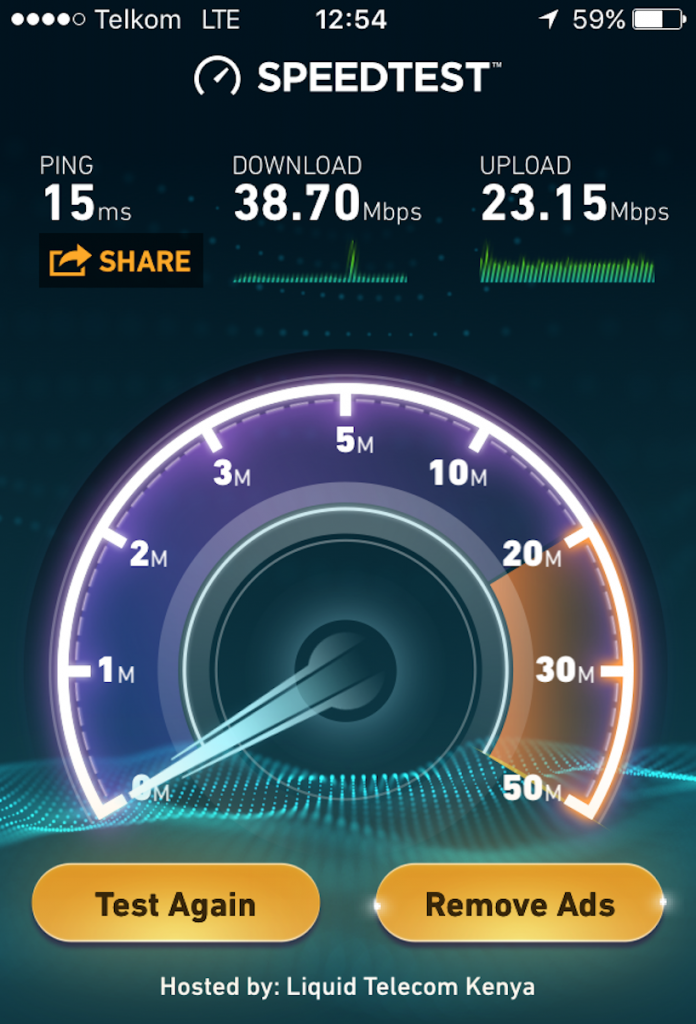 I have been meaning to do this blog post for sometime now but I never did get round to it till today. Ever since Safaricom 4G launched in Kenya a couple of years ago(?) its been the fastest mobile network in the country when it comes to Internet speeds. However, since Telkom Kenya relaunched with 4G a few months ago the million shilling question for me has been which of two 4G networks is faster?

Now, it should come as no surprise that Safaricom relaunched their upgraded 4G network as ‘Safaricom 4G+’ just before Telkom Kenya did offering even faster speeds than before. This was clearly a defensive move to retain customers and enhance their competitive edge given that Telkom Kenya was effectively going head to head with them with a 4G capable mobile network.

Therefore, in order to provide an objective comparison between Safaricom’s 4G+ and Telkom Kenya’s 4G networks I decided to conduct a few speed tests recently to see which 4G mobile network was the faster one? The first caveat that I needed to cover is that speed tests often use different Internet Service Providers (ISPs) to run the tests. Therefore, it was essential I ensure that the ISP being used for the speed comparison would be the same in the comparisons, and in this case Liquid Telecom. 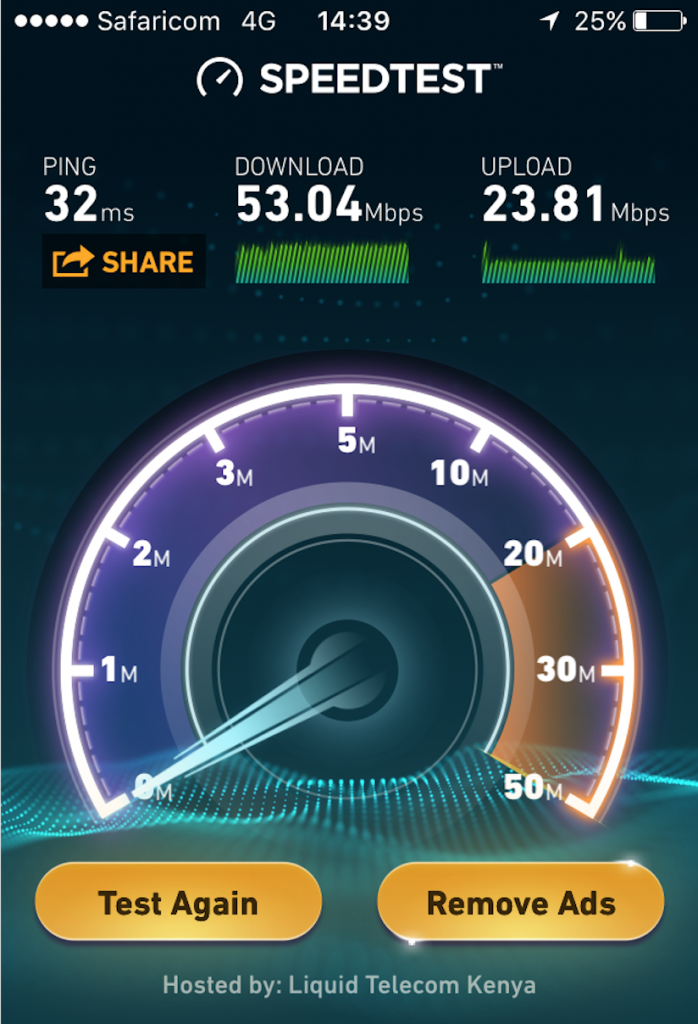 Secondly, I had to do the tests at approximately the same time so as to factor in aspects such as network utilization at the time and also at the same location. This approach is obviously not 100% perfect but I did lots of tests on both Safaricom’s and Telkom Kenya’s 4G networks to get the highest speeds possible on one common ISP for each mobile network.

Thirdly, I had to use the same device with the same functionality for each 4G mobile network which was done using my iPhone 6S. This ensured that the test results would be consistent on the same device without any variances that I could not control to skew the outcome. Again, this is not a perfect science but the idea is to get a more or less accurate result that would show clearly which mobile network is the faster one. 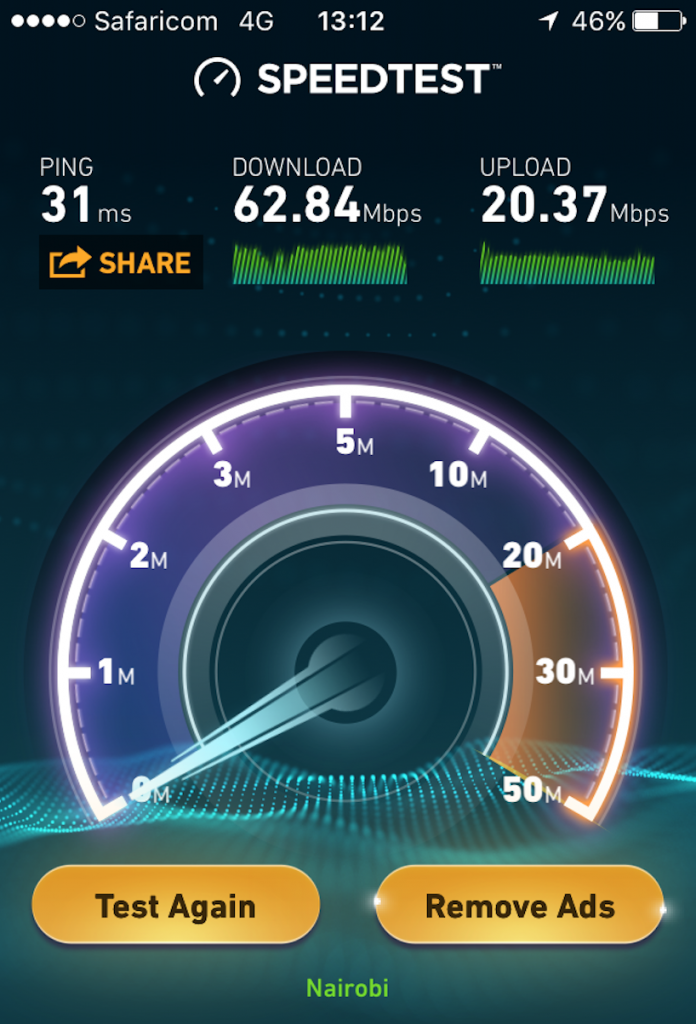 Going forward, it is expected that Airtel Kenya will be launching their 4G network  any day now that will compete with Safaricom 4G+ and Telkom Kenya 4G. In addition, a new entrant in this space will be Jamii Telecom or ‘JTL’ as they are known who are also launching a 4G capable mobile network very soon in Kenya to compete with the other existing mobile networks. This means that before the end of 2017 we will have four 4G mobile networks in Kenya and then it will be time to do speed tests on all of them to see which one is really the fastest!

KCB Bank Group Is Crushing It In Mobile Banking