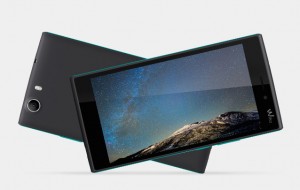 The Wiko Ridge 4G Android Smartphone was launched in Kenya in September 2015. At launch, the Wiko Ridge was retailing at Kes. 19,999.00 which is still the case today making it a mid-range smartphone from a pricing perspective.

It comes with a 1.2 GHz Qualcomm processor making it quite snappy. It also has 4G which would make this the first 4G device from Wiko in Kenya. It has an impressive 13MP back camera with flash and a 5MP front camera. It also has 1GB of RAM but on the model I tested only 8GB of ROM.

According to my contact at Wiko Kenya, in the next batch of Ridges coming to Kenya, they will have 2GB of RAM and 16GB of ROM which is still modest but twice the 8GB on the model I had for testing. However, it can be expanded up to 64GB using Micro SD.

The Ridge can function as a dual SIM mobile device with a Micro SIM and nano SIM or as a single SIM mobile device with the Micro SD – which means there are compromises in either instance? All in all, it looks like a great phone and has a really nice look and feel! Below is the unboxing video I did for the Wiko Ridge 4G: