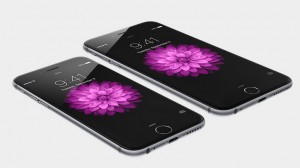 So. It seems that Safaricom started selling the iPhone 6 and iPhone 6+ late last week which is around a week after Airtel’s launch of the highly coveted and super expensive smartphone in Kenya. What is apparent is that the mobile networks are both trying to out-do each other by offering the iPhone 6 and iPhone 6+ with various value-adds for the express purpose of creating some level of differentiation in their offers. This is not the first time this has happened as they did the same thing when the Samsung Galaxy S5 launched in Kenya as well.

Being the unashamed Apple ‘fanboi’ that I am, I could not help but do a comparison table as below that shows ‘side- by-side’ how Safaricom’s and Airtel’s iPhone 6 and iPhone 6+ offers in Kenya stack up:

The below rationale breaks down the Safaricom and Airtel offers into a little more detail:

Whereas Safaricom is the least expensive ‘device only’ iPhone 6 and iPhone 6+ offer here, a wider device range, loads of free data and free insurance for 2 years makes the Airtel offer the one to grab. I seriously wonder how Airtel is making any money with all the free extra value-adds unless their rationale to make it back via data and airtime revenues from the subscribers who will buy and use the iPhones on their mobile network? Certainly looks that way. Its worth considering since Airtel’s prices are NOT significantly higher than those in the grey market PLUS you get all these value-adds. However, its still really expensive to buy ANY of these iPhones whether its via Safaricom or Airtel but Kenyans are peculiar like that so I expect them to fly of the shelves irrespective.