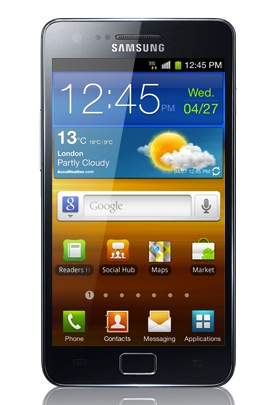 This was always going to be a bittersweet phone review for me, under the circumstances. The Samsung Galaxy S2 is without a doubt the best Android phone I have had a chance to use to-date for any period of time. It is a slick and wafer thin mobile device that in many ways seems to defy the very laws of physics. It is wicked fast and has an enormous screen and yet it is also super light to the point where you often forget its in your pocket. On many levels, Samsung have pulled off what I would call a major coup with the Galaxy s2 – it is a fine phone by any standard and for this reason its “sweet”. There is a good reason why global sales for the Galaxy S2 have exceeded 10 million units, thus far.

The flip side to this review is the “bitter” aspect of having the Galaxy s2 for only 3 weeks or so. My good friends over at Samsung gave me the Galaxy S2 to review and keep. However, during a recent trip out of the country, under fairly bizarre circumstances, my Galaxy s2 was stolen from me. To say that I am still gutted a few weeks later would be understatement – I lost the best Android phone I have ever owned. This, coming from me who is a die-hard Apple iPhone fan is telling. I am still truly bitter!

Anyway, without wasting anymore of your time whining I want to go into some the key highlights that make the Samsung S2 such a great buy, even if its pricey in Kenya at around Kes 60,000.00 to Kes. 65,000.00 depending on where you pick it up:

Safaricom 3G vs Orange 3G - Who is faster?