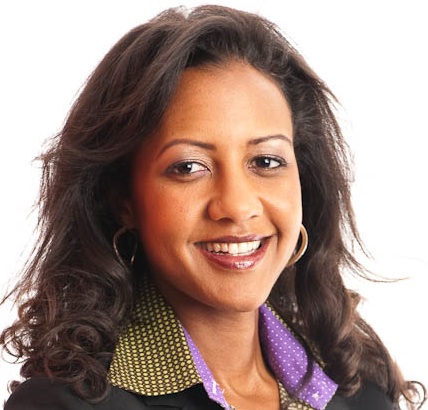 InMobi, the worldâ€™s largest independent mobile advertising network, today announced the appointment of Isis Nyong’o as Vice President and Managing Director, Africa. Isis Â has come on board to drive InMobiâ€™s African business strategy, facilitating the Â expansion of Â the Companyâ€™s continental base. She takes over from Stephen Newton who recently left the Company to pursue other opportunities. Isis was previously leading Googleâ€™s business development initiatives in Africa, where she specialised in mobile partnerships and was responsible for the development of Google’s Africa content strategy .

â€œWe are thrilled to have Isis join our team, especially at a time when InMobi is seeing such a huge increase in ad-impressions across its African businesses. With her wide sector and regional experience, Isis makes a valuable addition to the InMobi family and we look forward to having her on board during what we believe will be one of the most exciting periods in the history of Africaâ€™s telecoms sector,â€ said Naveen Tewari, Founder & CEO, InMobi.

â€œWe thank Stephen for his contribution to InMobiâ€™s regional success and wish him the best in his future endeavours,â€ Newaari added.

Speaking on her appointment Isis said, â€œA move to InMobi seemed a natural â€˜next stepâ€™ for me. Â Firstly, because of the confidence I have in the organisation’s leadership team and secondly for the opportunity to build a scalable mobile business in Africa. Â This continent has the fastest growing mobile phone market in the world. Â If you combine this with the fact that more Africans access the Internet from mobiles than any other platform, it means the market for mobile advertising is set for strong levels of growth.â€

Isis continued â€œThe availability of local content for use on mobile platforms is still a challenge, but I am confident that we, in the mobile advertising industry, can and will succeed in fostering a stronger content development focus on the continent.â€

Prior to her role at Google, Isis gained extensive media and tech experience while driving the launch of MTV Networks in Africa where she was responsible for commercial relationships including distribution and sales. She also developed the marketing strategy for Kenya’s first online recruitment service, MyJobsEye and holds degrees from Stanford University and Harvard Business School.

Isis has been named as one of the ‘Top 40 Women under 40’ in Kenya, where she will be based.

InMobi is the worldâ€™s largest independent global mobile advertising network. InMobi provides advertisers, developers, and publishers with a uniquely global mobile advertising solution. InMobi, which more than doubled its network in the first 6 months of 2010, delivers the unprecedented ability to reach 185 million consumers in over 115 countries through more than 21.2 billion mobile ad impressions monthly. Recently InMobi was selected to the 2010 AlwaysOn 250 as a company to watch in the global Silicon Valley.