A review of the low-cost Huawei IDEOS Android from Safaricom 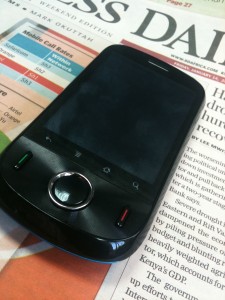 Back in September 2010 I did a blog post here about the global launch of the low-cost Huawei IDEOS smartphone. At the time, the main thing was that it was just being launched but there was already speculation that it would retail in Kenya for as little as Kes. 8,000.00. This was a major milestone at the time and the interest that the blog post drew was immense. In a nutshell, everyone was excited about the propsect ofÂ  a truly affordable and cutting edge Android smartphone finding its way to Kenya.

Fast forward to January 2011 and the IDEOS was officially launched in Kenya by Safaricom. The most amazing thing was that the price as launched was Kes. 8,500.00 – only Kes. 500.00 more than what had been widely reported in September 2010. At the same time, apart of launching massive full page ads in the media, Safaricom has thrown in Kes. 1,000.00 of free airtime and 600 MB of data. It goes without saying that this smartphone is selling like hot cakes!

So, here’s the thing. For all the bright and shiny ads, as well as hype around the IDEOS is it worth buying? Yes. Its cheap, dirt cheap for a decent Android handset. However, if you have had a chance like I have to use a high end Android smartphone for several months, you would realize that all Androids are not equal. No, for the most part, the IDEOS lives up to hype with its broad range of features and functionality in a nice small package.Â  But it will never be a Kes. 45,000.00 Android handset. 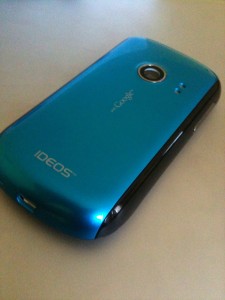 Apart from the IDEOS being the least expensive Android smartphone in Kenya, its much much better than many of the feature handsets that are still selling for more in the Kenyan marketplace. True, it will take time for the market to catch on but if global trends are anything to go buy the IDEOS is going to be the first ofÂ  wave of inexpensive Android handsets coming to Africa this year. One brand that has dominated the African market including Kenya for years is Nokia and I am sure that the IDEOS has them working overtime.

So, rather than get into all the techie jargon of the pros and cons of buying an IDEOS smartphone, I would like to just say what I see as the things that matter for the average user in Kenya. I certainly see the IDEOS being the first smartphone that many mobile subscribers in Kenya will own and experience. For many of them, it will be like a whole new mobile world that has opened up when they get it. So, here we go:

I can’t really say more than the above but on the overall the IDEOS is a good buy. However, just pay attention to the fact its an entry-level but well featured device that is just right for the mass market in Africa. I think the IDEOS will be known in a few years as the mobile device that ushered in the Android wave into Kenya. 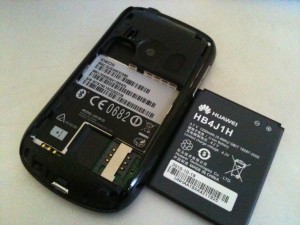 Google Insights for Search in Kenya show January 2011 a month of educational searches.

A review of the low-cost Huawei IDEOS Android from Safaricom